Under rules section Territory Claims the following is mentioned:

Structure spamming will not be tolerated. This includes any form foundations, pillars, or any other structure spamming that will prevent other players from building on a location. If you have no immediate use for the territory, do not build on it.

This base has been around since as long as I have been back on SupremeArk, which is somewhere since mid of January 2018.
I consider myself an active player on different times of the day and I had to look up online who the player was behind this tribe seeing as I have yet to see him online.
He/She does however log on frequently enough to reset the decay timers.

Now my main complaint is that said person is taking up over 50% of the viking bay with no apparent use for the claimed territory. He is spamming foundations to just make sure it's his..

His base, in fact, is only 7x6 foundations... let me show you what he's claiming.. 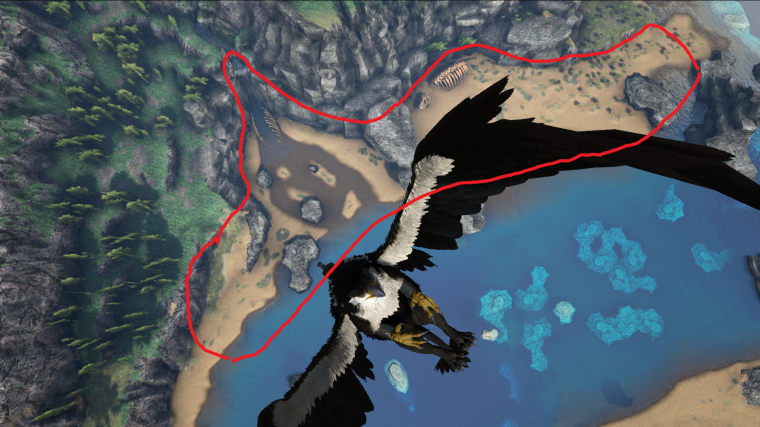 now here's a screenshot of his base... 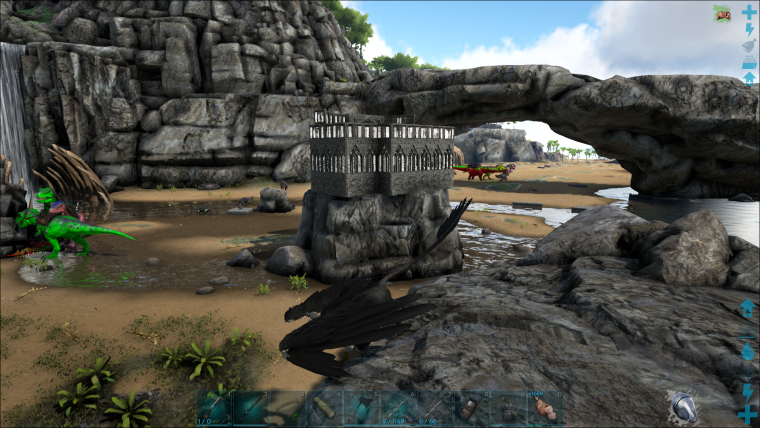 And here's an example of the rest of the space this person is using up and how.. 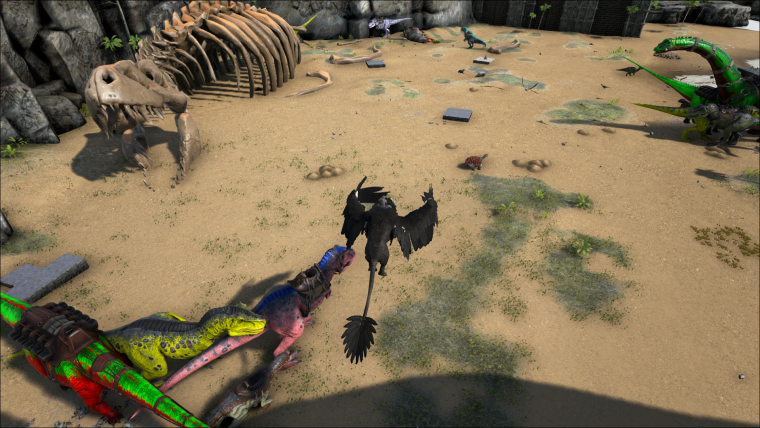 Normally I wouldnt complain.. and I am not looking to build on this spot... however, this is in Viking Bay.. the most populair spot for people to start the game on this map.. These future players might be discouraged to start playing alltogether..
Seriously, the space NEP is using up could be providing small bases for 4-6 new player bases easily before they decide to move for a bigger base..

Keep in mind new players wont come to the admins and complain about this... they find a different server to play on instead.

To quote the rule: If you have no immediate use for the territory, do not build on it. would apply here seeing as it's been like this for over the last 3 months.

From what I can tell NEP isn't an active player (anymore?)
I would strongly suggest to talk to NEP and ask him to shrink his base considerately or to finally start using the area he claimed over 3 months ago. I used to have a base here last year on the beach with the large dino skeleton, I think around October time. Came back to the game around a week ago and checked out Viking Bay to see that he had expanded his base over what had been my area but he's just plopped down gateways and foundations to claim the area, no real buildings of use and the odd dino plopped down here and there. Back when i used to play it seemed that he'd log-in to Ragnarok to reset his timers and top up the food on his tames before disappearing again. From what I saw back then and now his main area was the large cave there and the area outside of it while the rest of the base was unused. Also I think the picture Roofpigeon posted with the mspaint outlying the claimed area actually shows a smaller area claimed than Nep has there, upper left area is expanded out further I believe claiming an even larger area.

Thanks for the reply!

i'm glad you guys see it the same way

hey guys, any updates on this? i see his base is still the same as 2 weeks ago